Rockingscots is a website dedicated to Scottish beat groups and rock bands from the '60s and '70s.

Lazy stuff.  Mostly cut and pasted from Transplant - 'Scotland's teenage magazine'. Anyone have anything to add?? 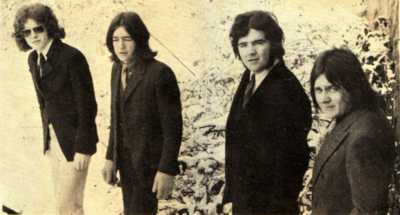 Thanks to Gert Stuut of the Netherlands we have acquired four tracks from the band - all from the various artists'  album 'Dustbin Full of Rubbish'.
Reasonable quality demos - slight bit of tape hiss and the production is somewhat  thin but all the vocals and instruments are clear in the mix except the drums on 'My only chance'
- probably deliberately so. No idea of what version of the band this was
1. 'Mr Sullivan' 3.00 - a bright, mid paced, well arranged tune with a decent bridge.  Nice bit of lead guitar & flute interplay at the end.
Whoever Mr Sullivan was, he wasn't popular with the lyric writer - a former manager maybe!

3. 'Love in the wind' - 2.49 - an instrumental and perhaps the best self penned track.  A proggy effort of two slow 'verses' with flute taking the lead melody
before picking up pace and dynamics on the two guitar dominated' choruses'.

4. 'Come away Melinda' (Hellerman & Minkoff) - 5.42 -  The classic, anti-war song recorded by Uriah Heep, Tim Rose. Harry Belafonte et al.
If you've not heard it, the lyrics juxtapose the innocence and hope of a child against a father's weary despair born out of his longer experience of life.
In this version the band replicate that clash of emotions via an intro passage of gloomy  sound effects versus the schoolyard na-na-ner-na-na taunt done
on the wah-wah and a kiddie's music box tinkling away before the main body of the song commences.
It's a fairly standard  arrangement of the song but well accentuated with a military snare drum beat, flute, acoustic picking and a flashes of fuzz guitar.
Ends with  a spooky wind noise and other dismal sound effects to  indicate the triumph of despair over hope - all in all an excellent effort.
All four tracks are worth seeking  -  they show that the band had ideas, talent and promise.

One other appearance on record that we know of.  Check out Cliff Bennet's insistence that that he cut the posthumous
"Toe Fat" release "Brand New Band"/"Can't Live Without You" (Chapter One CD 175 - issued in 1972) backed by various ex-members of a Scottish band Spiggy Topes
- during the "Rebellion" sessions in 1971. See article below for mention of the band's tour with Toe Fat. 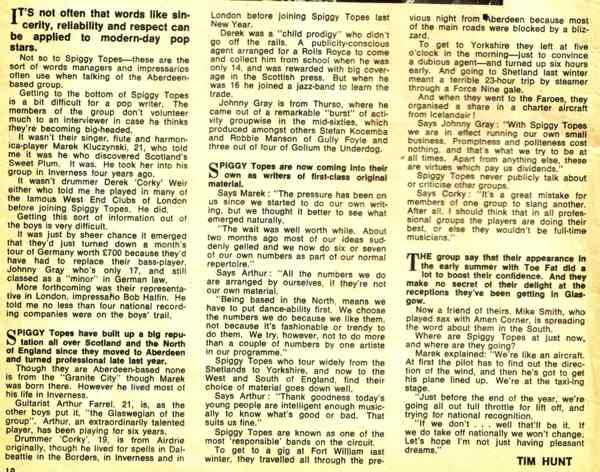 We had some other links here but unfortunately they became inactive or we lost them. 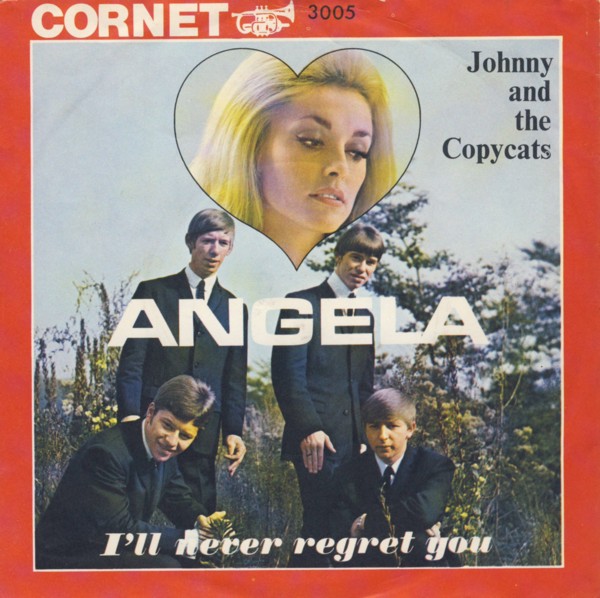 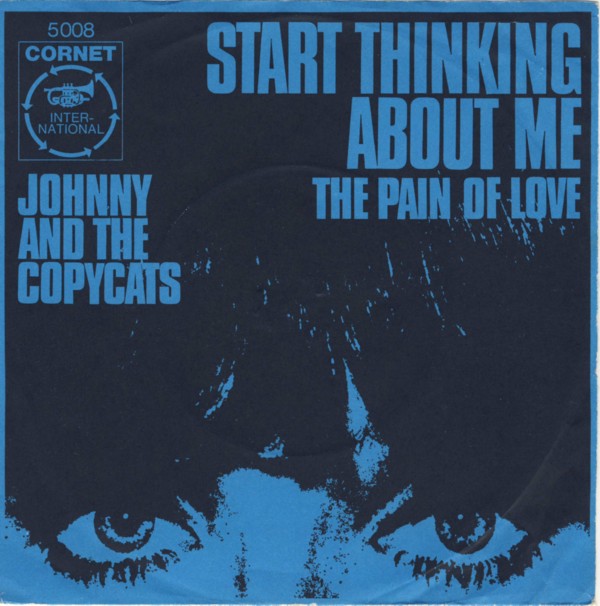 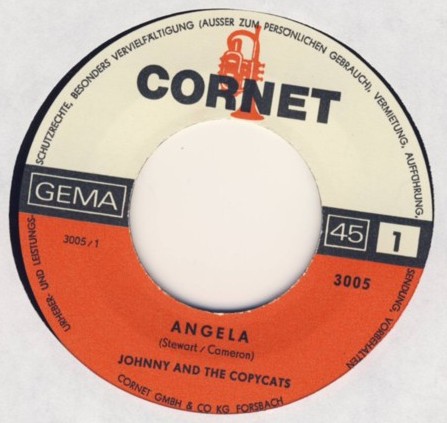 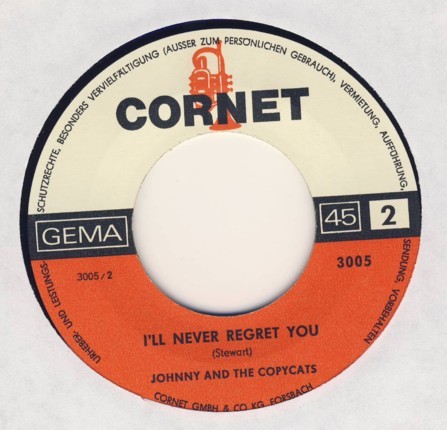 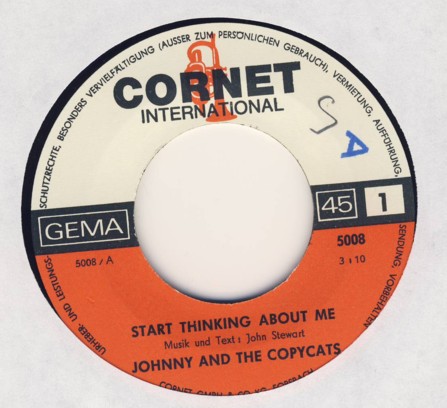 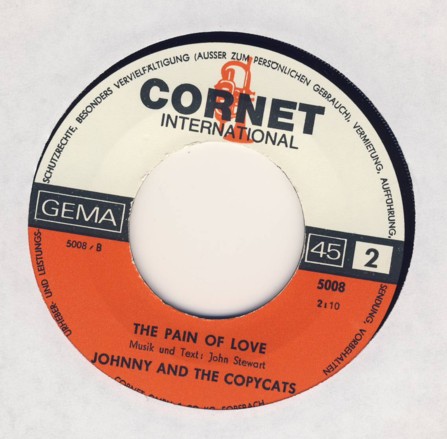 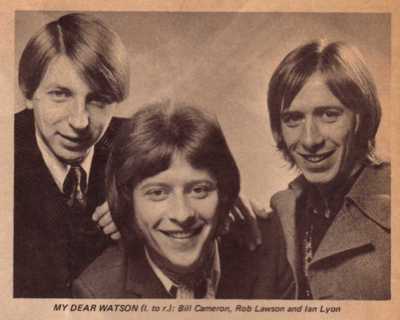 As 'Watson' band released 'Elusive face'/ 'The Shame just Drained'; 'Stop Stop There I'll be'/'Make this Day Last'; 'Have You seen your Saviour Yet?'/'White Line Road'.
The latter is a move into the country rock influenced area.
According to Mojo magazine (Sept '19), 'a pre-fame Elton John played keys and sang backing vocals on Have You SeenYour Saviour Yet?'

'The Shame Just Drained' is a beat ballad that's an essential listen for anyone interested in Scottish rock.
It's a cover of an Easybeats track whose members Vanda and Young (the latter being the one with the Scottish connection) produced the single too.

Band also recorded an unreleased LP - Too Late / Unknown Title / Have you seen your saviour yet? / White line road / Watch out for the hurricanes
/ In the meantime / Another Unknown Title/ Things look good today / Running away from himself / Its not you / Serious business / And it's strange.
Only heard the would be LP tracks in poor condition so can't really form an opinion on them.  Will try again soon.
Thanks to Lenny Helsing for access to the music and Jim F. for the pic of the four piece band.