Rockingscots is a website dedicated to Scottish beat groups and rockbands from the '60s and '70s. Visit the Rockingscots homepage for more groups or to e-mail us.

Great name. Does it comes from some book or other??
We've been told that 'all band members were Glasgow boys if you count Kirkintilloch - Charlie's home town'. 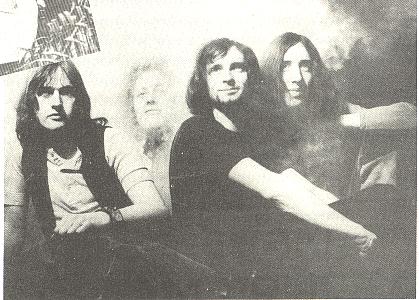 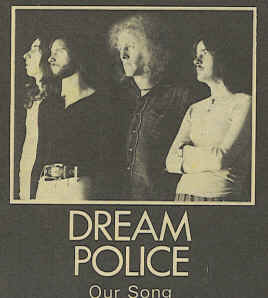 Stuart led a band of this name around 1967 before putting it on hold to try his luck with Alan Gorrie (future mainstay of the Average White Band) in London with the Scots of St James. All did not work out and late '68 saw the Dream Police active again with the line up above. A very adventurous band in the numbers they covered such as Joni Mitchell's 'Carrie' and Traffic's 'No Face, No Name, No number'. The band quickly became one of Scotland's bigger crowd pullers along with Chris McClure Section, the Poets, the Stoics, Tear Gas and the Bay City Rollers! See the 'Transplant' (Scotland's Teenage Magazine!) poll from 1969 reproduced below. They also made the usual forays to London in search of the big time.  See Marquee ad at end of page.  Note that the big guys played midweek while the lesser-knowns got the week-end gig. 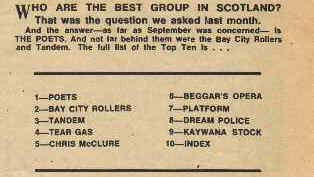 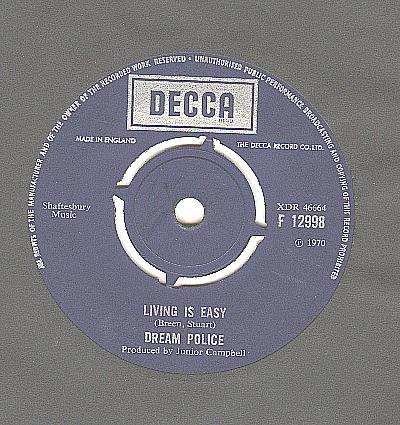 What are these singles, all Junior Campbell productions, like?  'Coming on home' - Junior makes them do a straight remake of the Marms own cover of this syrupy song (or it might have been the other way round!) Good guitar hook though. 'Living' - Fast paced heavier number. Very prominent and active bass and two lead guitar parts plus lots of wild keyboard and great vox. 'Our Song' - acoustic verses and heavier chorus - much like a well written Marms LP track. 'Much too much' - Another good band workout. Soulful vocals and harmony voices plus a guitar solo. Our Song is the most memorable but still not catchy enough for a hit.  'I've got no choice' is a country style song with petal steel guitar and high pitched vocal - nothing much more to commend it.  'What's the cure for happiness' - the best of the pairing - has gentle acoustic verses interspersed by more up-tempo choruses. Very Marmalade like with its harmony vocals - well it would be wouldn't it.  Many thanks to Mike Breen for the loan of the last single.

The debut did get them on TV though. Think it was Five O' Clock Club or Lift Off -  hosted by Ayshea Brough, Wally Whyton (ex Vipers skiffle group and 'multi million selling' kids LPs!' ), Fred Barker (a puppet dog) and Ollie Beak (a puppet owl). A great show that Bowie and many others were not ashamed to play on! 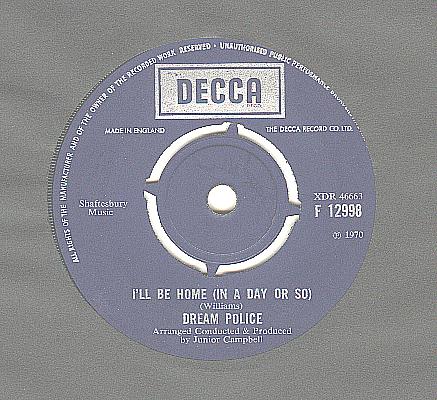 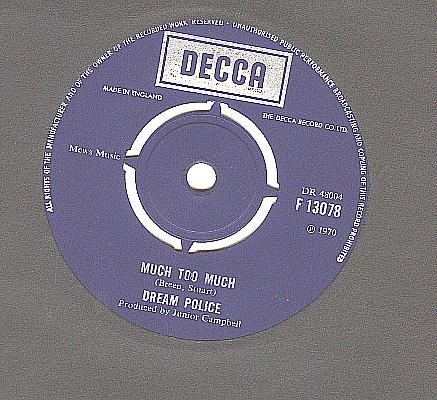 Lack of chart success seems to have led members of the band to jump ship. Charlie Smith replaced Dougie Henderson in the Marmalade. Ted McKenna moved from 'Bubbles' to replace Charlie'. The end came when Hamish and Matt quit to form Berserk Crocodiles with Wullie Munro (drums) from Tear Gas and Frazer Watson (Trash) in late 1970/1971. Recall seeing Dream Police at the Bobby Jones Ayr, Community Centre - Dalmellington and the Cosmo in Carlisle (or was that Berserk Crocodiles) and perhaps even hazier memories of other gigs. No theatrics, no scandal just great musician ship and vocals plus Hamish's hair - see pics above (top one nicked without permission from Jim Wilkie's excellent book - 'Blue Suede Brogans' and copyright belongs to the Rock Garden Glasgow but we hope they will forgive us in return for the publicity). 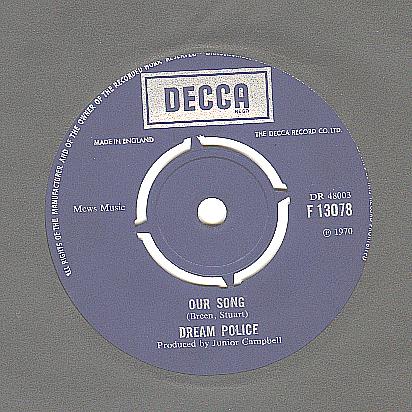 Charlie later resurfaced in the Marmalade and Blue (several times) - see Blue link. Joe Breen was briefly in the '74/75 Marmalade (see Link), had a solo album out and is still writing. Hamish of course went on to fame with the Average White Band and later was in Paul McCartney's band. He had a solo album out in 2002 with a classy jazz blues late night club feel. Matt Irvine went into session work with Squeeze and Paul Young.  Many thanks for info to Mike Breen. 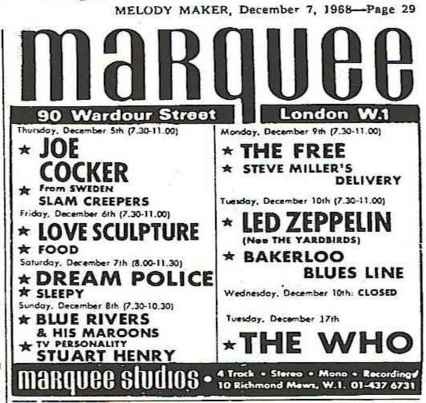 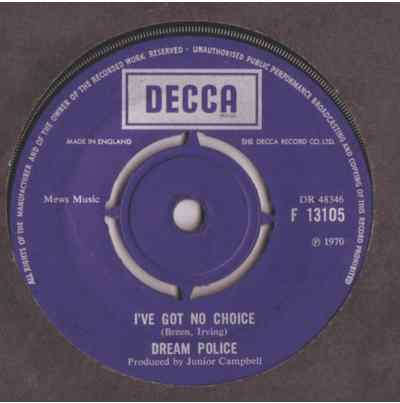 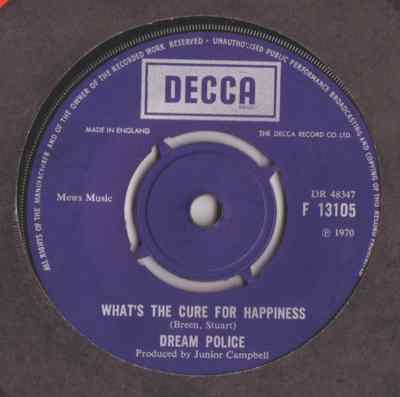 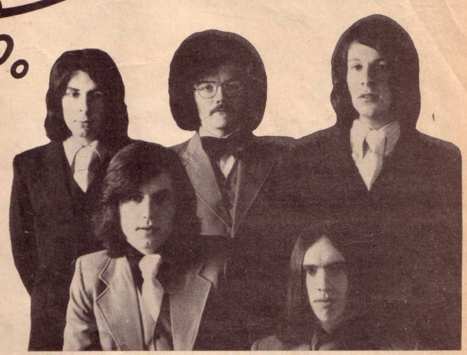