Rockingscots:dedicated to Scottish beat groups and rock bands from the '60s and early '70s - since the late '90s! 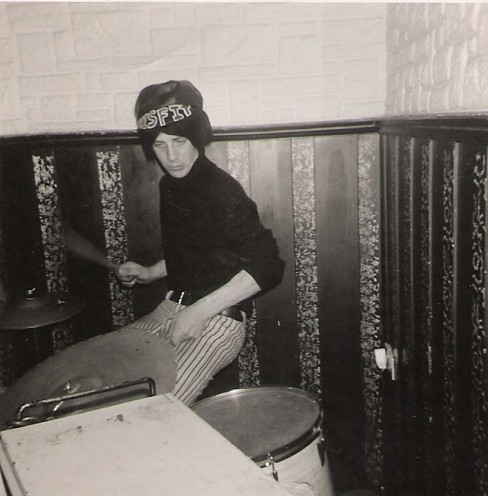 Tom Cosgrove in the Cellar at the Bobby Jones

When I was 14 or 15 in 1964/65 I would practice being a drummer most saturday nights- sometimes on my own and sometimes with mates. I had a couple of drum tutor books and with a 'Y framed' fireguard (see below) on my knee and knitting needles for sticks I'd bang away good style
playing along to music from radios Luxemburg or Caroline.
Sunday nights were spent at the local record hop at the chapel hall in Drongan listening to the resident group who didn't have a name
but were led by Bobby Waugh (ex Seven Sinners) on vocals/guitar with Billy Mossie - guitar;  Bobby Roney - bass and Andy Davidson from Ayr on drums. One Sunday, Andy didn't turn up so my mates volunteered me to fill in.  I told the band that I'd never played drums before but having made my excuses, up on stage I went only to find there were no sticks.  So we we sent out to Mary Pringles house for a large pair of plastic knitting needles and I started playing songs I had heard on the radio - only I couldn't fit in with the rythmn of the rest of the band.
Bobby Waugh said, 'Switch them roon till yer playin left handed.' Andy was right handed, I'm left handed so I switched the high hat and bass drum from right to left and BINGO - I never looked back.  Andy got the boot, I got the job and on Monday morning my father paid the princely sum of £25.00 for a 'Gigster' drum kit in red sparkle from Louis Ballentyne's music shop in Ayr.

Every Sunday night we played the record hop at Drongan, one Saturday a month at West Freugh, the RAF base at Stranraer, and
one Saturday a month at the 'Country Club' at Douglas Lanarkshire.   At West Freugh we were the support for The Bill Mossie Combo - our Billy's uncle.
They played dance & jazz and we were the pop group doing covers of the Beatles and Stones etc.   At the record hop one Sunday in 1967, the guitarist and bass player from the Misfits, joined us on stage for a few numbers.  This went well and at the end of the night I was offered the job as drummer for
The Misfits.  They were paying £5.00/£8.00 against the 10 bob a gig I was getting - so I said, 'YES!'
Heading back to Louis Ballentyne' s I traded in my 'Gigster' kit plus £60.00 for an Olympic kit in mother of pearl.

The Misfits (67-69) were: George Bowler - vocals; Eric McLaughlan - guitar; Billy Woods - bass; Ian Gibson - sax and myself on drums.  Big Alex Rennie acted as  transport and booking manager. The Misfits had a residency in the Bobby Jones in Ayr - playing in the 'Cellar' or on the wee stage in the main ballroom supporting the likes of Dean Ford & the Gaylords, Chris McClure, the Poets and Beggars Opera.  We also covered Scotland and the north of England - Dumfries, Hawick, Carlisle & Galashields supporting the Who, Screaming Lord Sutch; the Koobas, Crispian St Peters, etc. 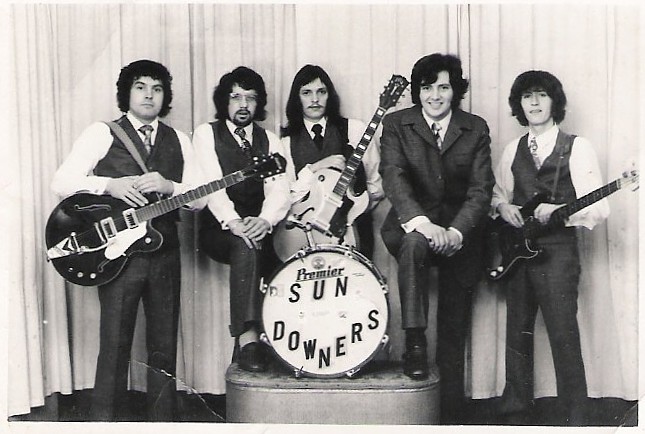 After the Misfits I was with the Sovereign Showband for about a year.  The members were mainly from around the Dalmellington area.
The line-up was Wullie (Toady) Sloan - vocals; Davie ? - vocals; John (Midge) Boyle - guitar; Jock Caldwell- guitar;
Bobby Roney - bass and  myself on drums. A special mention for Mr Tom McDonald from Bellsbank who organised dates and transport - a great man!
Then before joining Tommy Trousdale and the Sundowners I did some resident work at Drongan miners club with vocalist Ian Telfer;
organist Tarn Watson and guitarist Ronnie White.  I also played the Coylton Masonic club with vocalist Danny Fitzimmons and
organist David McClarty. Then The Bakerloo Line was formed.  The first line up (1973/74) was ex-Merry Mac Murray Wilson (vocals);
Eric McLaughlan (guitar); Billy Woods (bass) and Tom Cosgrove (drums).  The band had a residency at the Gateside Inn in Drongan. 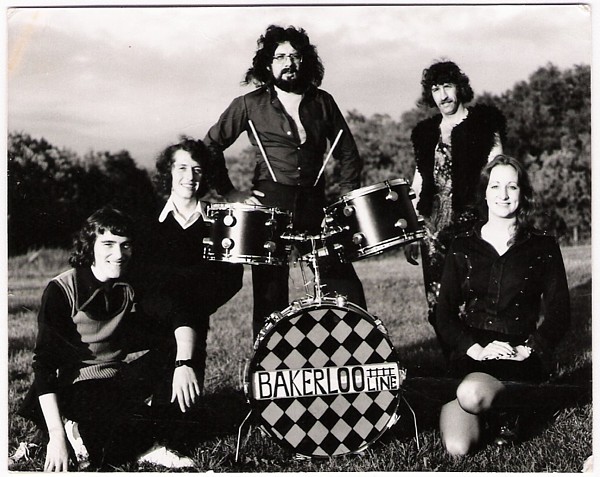 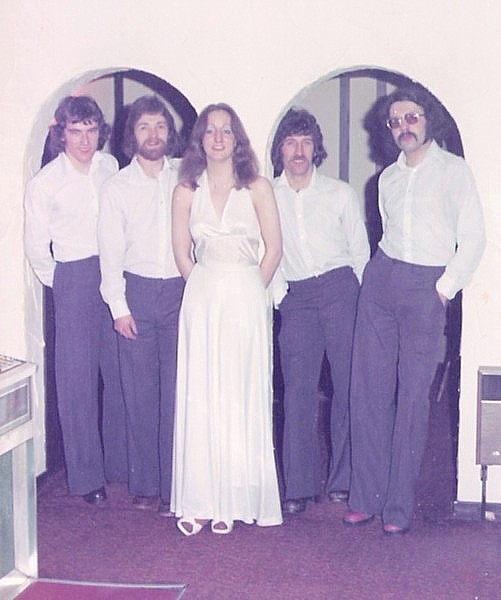 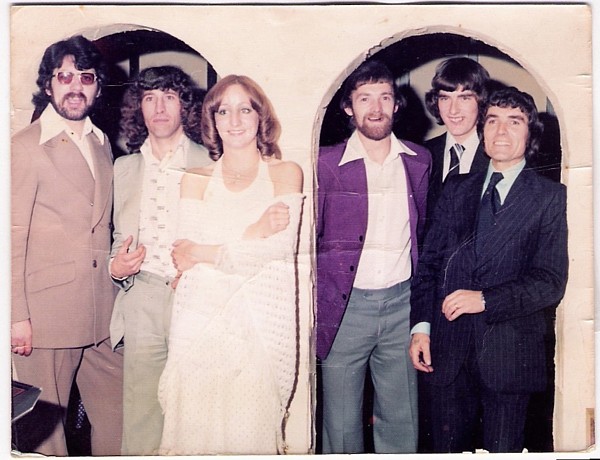 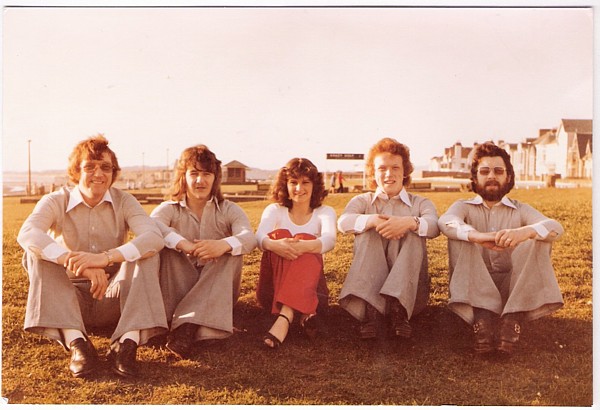 Jan's Judgement - 1977-1980. John Penman (bass); Phil Gilzenan (organ); Janette ? (vocals); Campbell McClelland (guitar); Tom Cosgrove (drums) Amongst other venues, Irvine based Jan's Judgement played the American base and the Queens Hall in Dunoon and oil riggs at Kishorn and the Isle of Flotta.
After this band I was resident at a few clubs through the late 80`s/early 90`s before going into business then retirement.