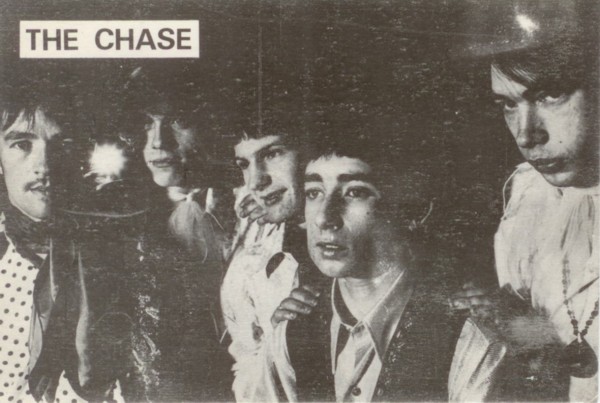 The Chase: Mainly from Saltcoats. In existence from mid 60s-mid 80s. John Pettigrew - guitar, Jim McWhinnie on C3 & Rhodes, John Boyd vocals & bass (earlier days it was wee Jim Whatever) plus various drummers. Played along side most of the above bands. Resident in the Bobby Jones cellar, worked for Tam Paton, spent obligatory year playing bases in Germany. You name it they probably played it. John Boyd had/has a band in Shetland called Pure Greed that made a CD and had/has a website. Info: John Pettigrew.

All pics from Bill Briceland - many thanks Bill. 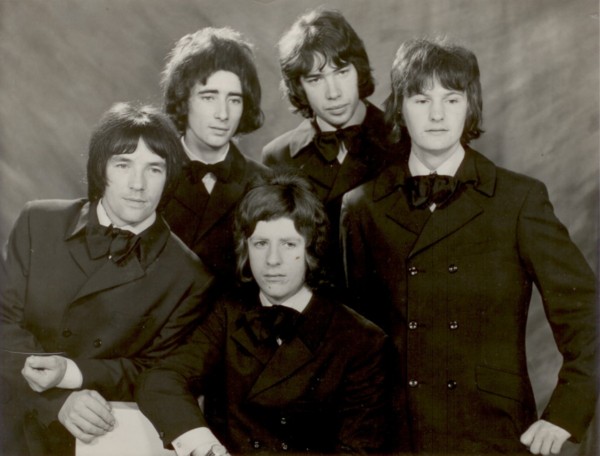 This info from Bill Briceland:  I used to manage the Chase.  Jim Slaven was the singer before John Boyd.  Tam Paton used to book the Chase for me in the east coast and I would book the Bay City Rollers for him in the west.   The Chase basically were a pop band at that time and I had them playing 3 - 4 nights a week sometimes doing double bookings. Jim McWhinney bought an open top Cadillac and the band used to go to gigs in it while the roadies drove a furniture removal van. They decided to go "heavy" and I found it difficult to get them bookings after that. 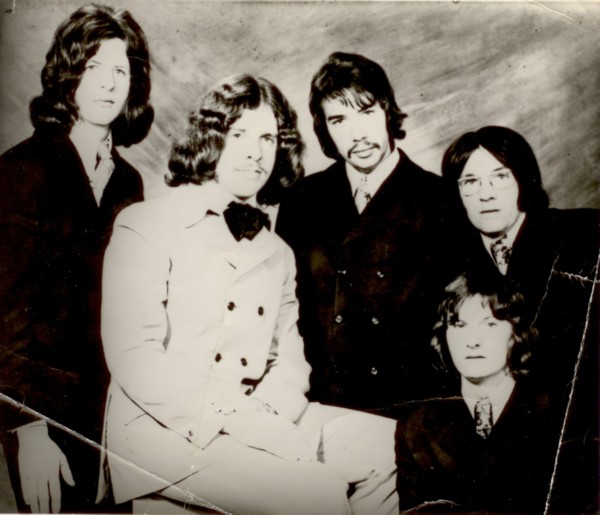 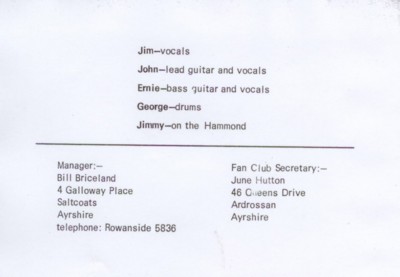 An update from Jim mc Whinnie:  Still playing mainly old folks homes (soon be there myself). Very sad Jim, Slaven the original singer with the Chase died a very untimely death last year he was a great singer who became even better in later years. Jock Boyd, great singer and performer is now in Australia.  John Pettigrew is way up in Hebrides (Orkney actually says J.P.).   John Walker stays in Newcastle.  Bill Bryceland was a great manager but we would not listen to him and we went on a self destruct course after leaving him.  I've lost touch with everyone as happens but have many fond memories of them all.

Below: a rake of new found pics supplied by John Pettigrew - thanks John. 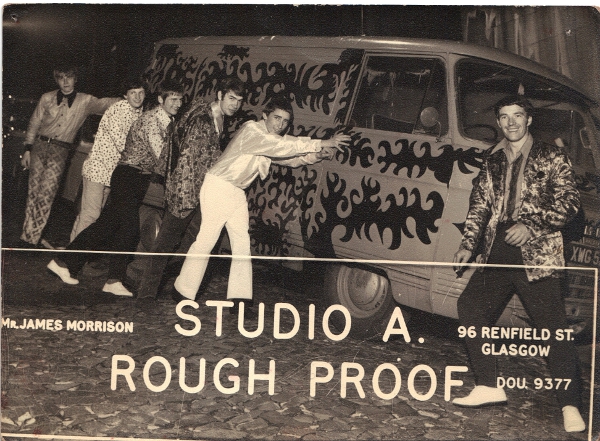 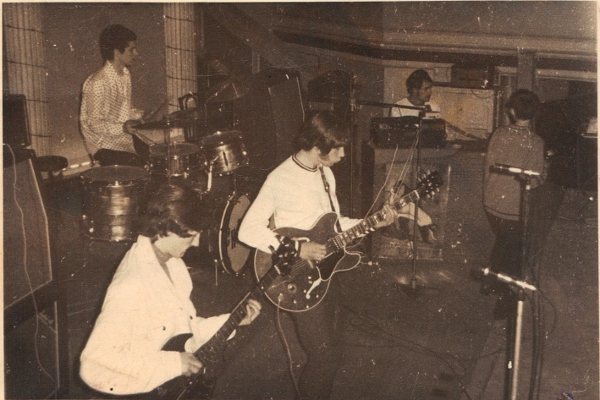 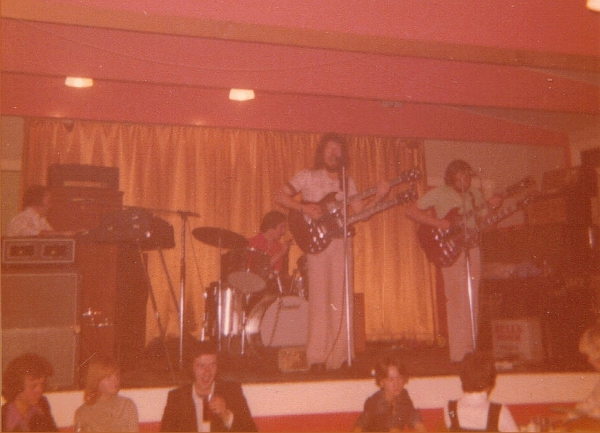 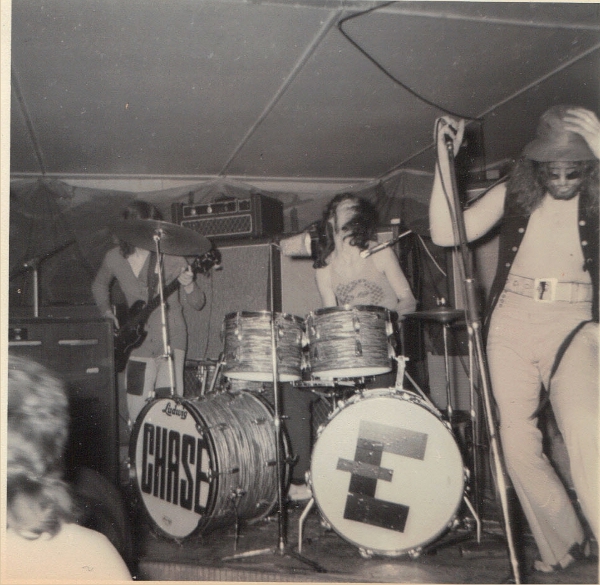 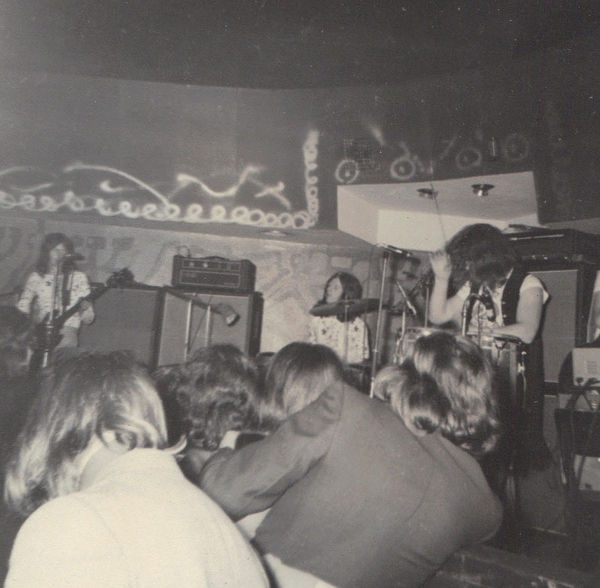 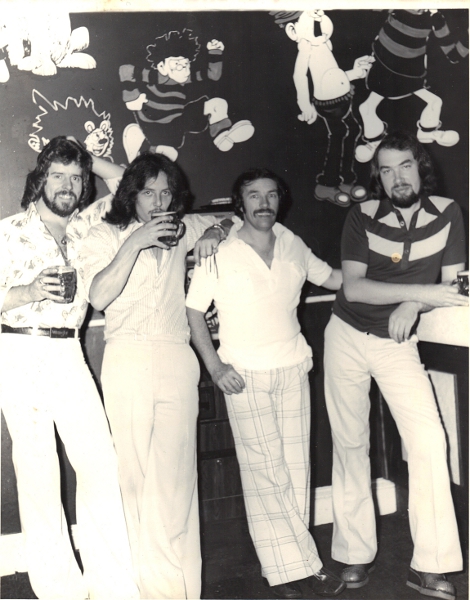 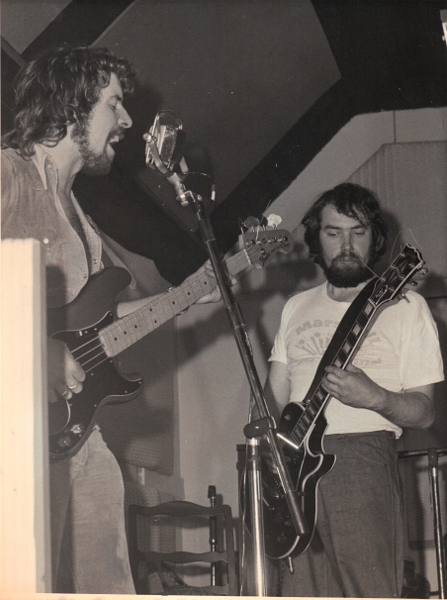 Below - Chase in Newcastle with Alan Hornal 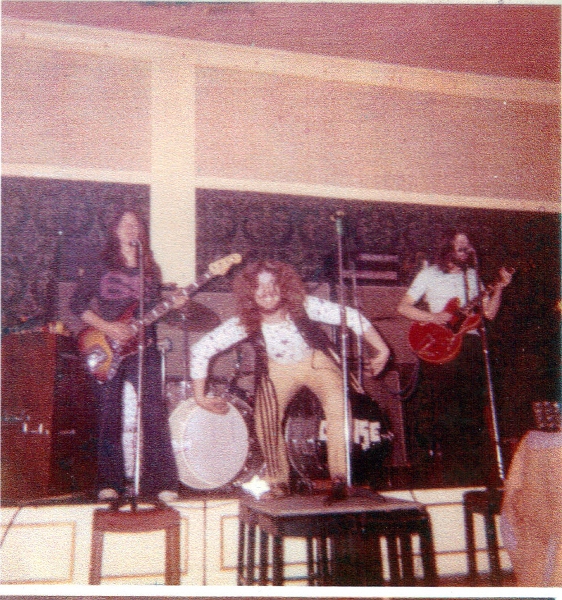 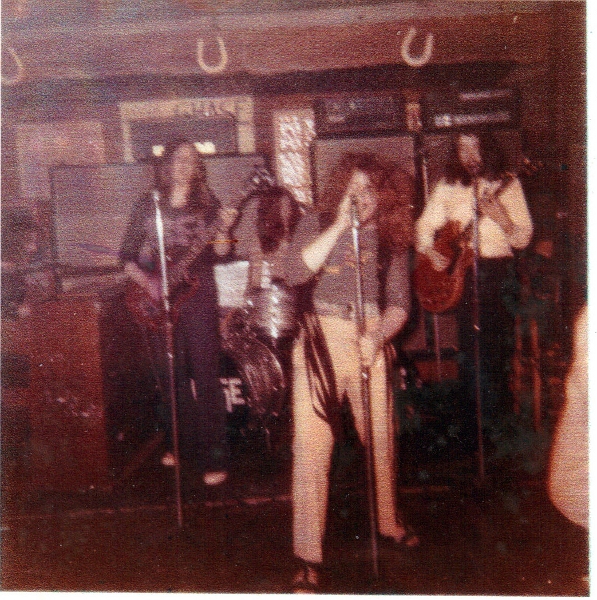 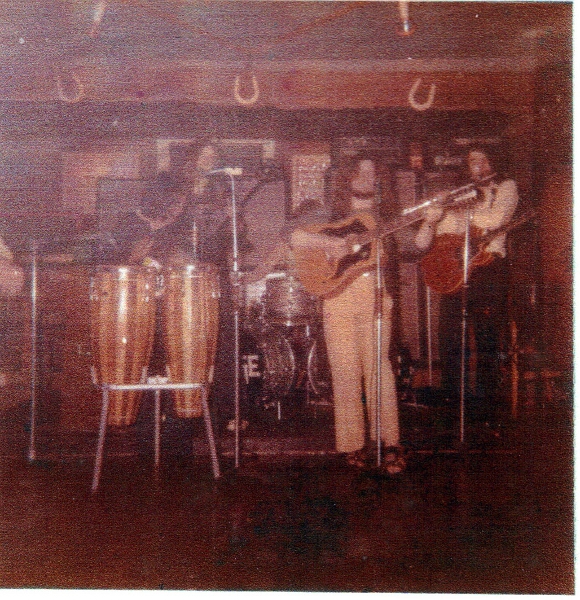 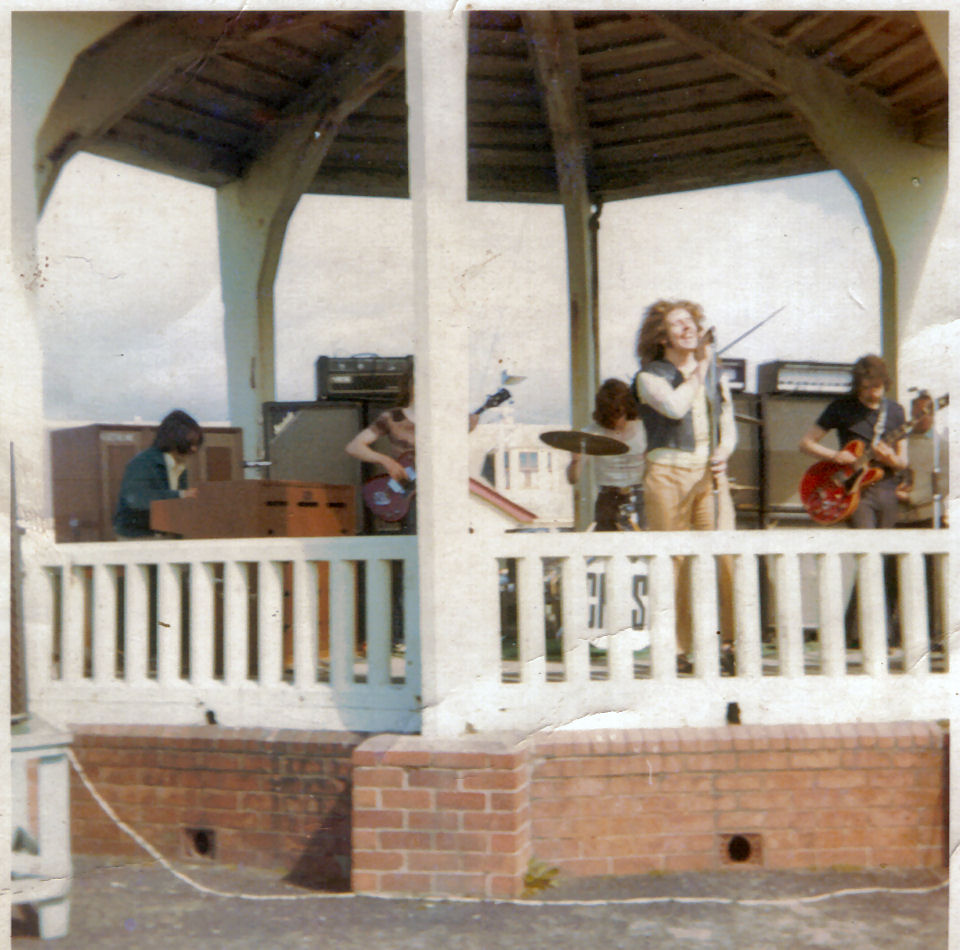 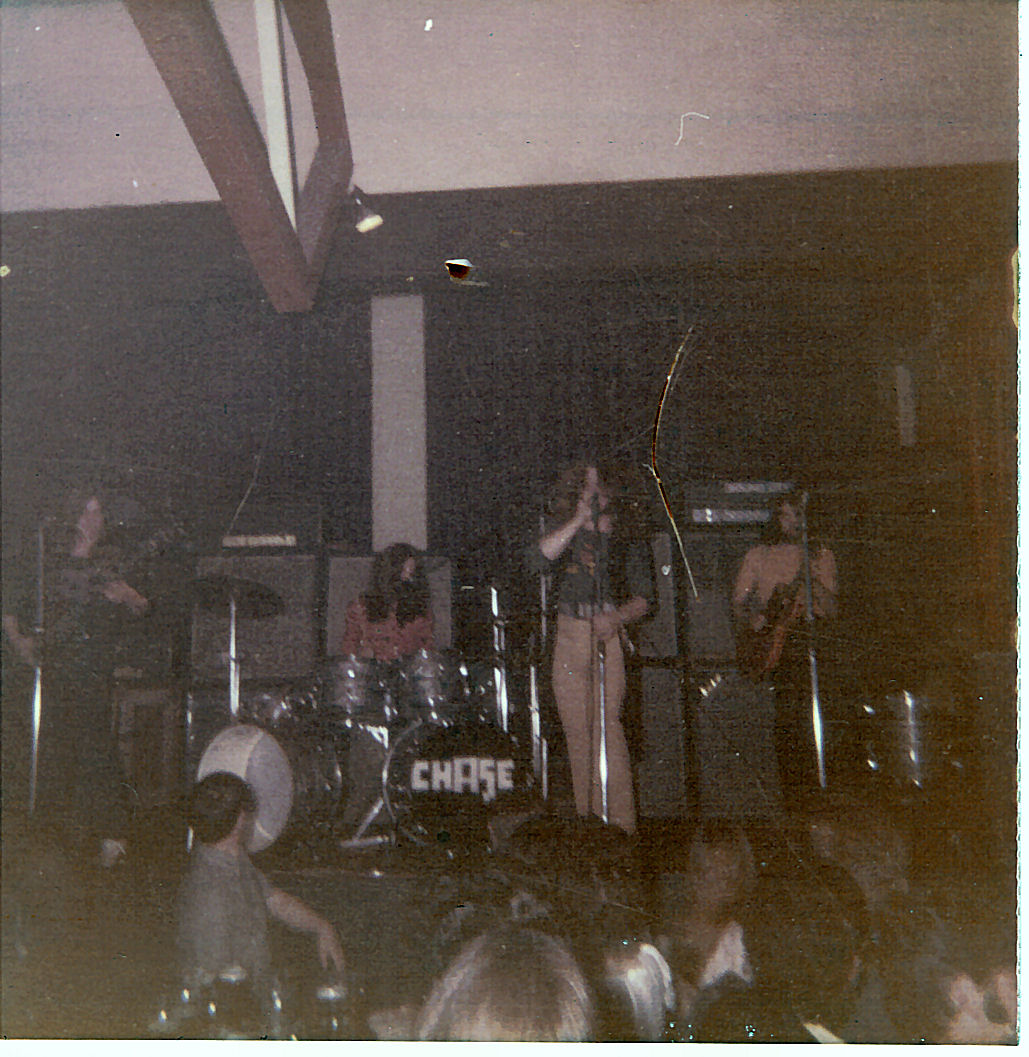