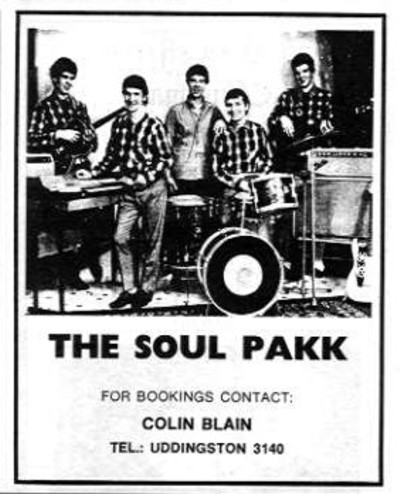 Bill Briceland provides this info and the two pics below.:
From Saltcoats/Largs/Kilbirnie in the 60's.  Bill Briceland - bass; Angus Reid -  vocals (who was replaced by Billy Johnston); Stuart Hornall - guitar /keyboards; Charlie Meenah - keyboards; Arthur Richmond - drums.
Roadie - Davie Gooding (old Stow College mate of Rockingscot Tom's as well - its a small world.
Played the usual Ayrshire venues plus other gigs all over Scotland.  We were regulars at the Maryland Club in Glasgow supporting the Beatstalkers, Marmalade, Geno Washington, Jimmy James & the Vagabonds, the Herd, Amen Corner and others. The manager there Willie Cuthbertson was good at bringing the bands to the club just before they made the big time. Willie wanted to be our manager and guaranteed that we would earn at least Ł15 per week each! At a Barrowland gig Frankie Miller's band the Deljaks supported us and we had a fight with their roadies as they tried to steal some of our gear. They were not too happy either due to the fact that we went down better than them. Billy Johnson still sings with the Jack Daniels Band. Stuart Hornall is still in the music business and has his own pubishing company called Hornall Brothers Music Ltd with arists such as Ronan Keating on their books. 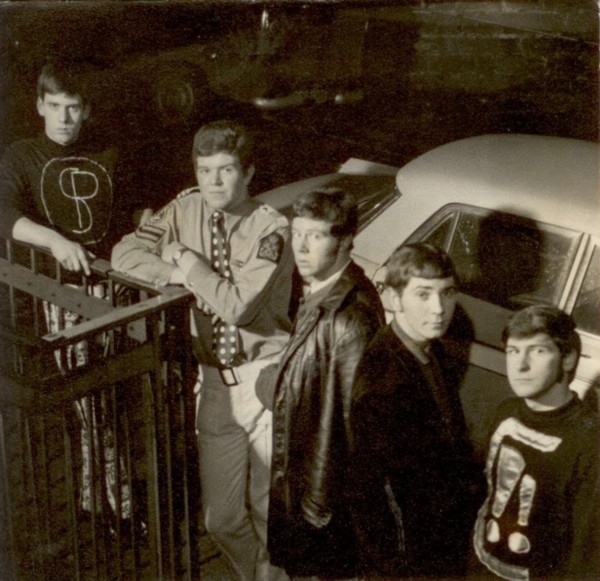 Benny Gallagher was in a band at that time called the Tulsans from Saltcoats. Graham Lyle wasn't in the band but was writing songs for them. The Tulsans drummer Billy Brennan got arrested for stealing cars. So Dennis Donald (cafe owner) the leader and keyboard player of the band asked Graham to play drums.The guys in the band were always working during the day at the weekends and Stuart Hornall and myself used to help Benny and Graham at the studio above the cafe (now the Castle Worrock pub) in Saltcoats to do demos. We did a few of the songs that later featured on the McGuiness Flint album. They used to have a live music night in the cafe every Thursday. One night these five black American guys arrived and sang with the Tulsans doing Motown songs. It turns out they were from the American base at Prestwick where the Tulsans played regularly. The Soul Pakk played there too and the same guys often performed with us. The other guys in the Tulsans were Drew Galt vocals and Eric someone on guitar. They got a record deal and had a record out under the name "Drew Galt". When the band broke up Benny & Graham moved to London. 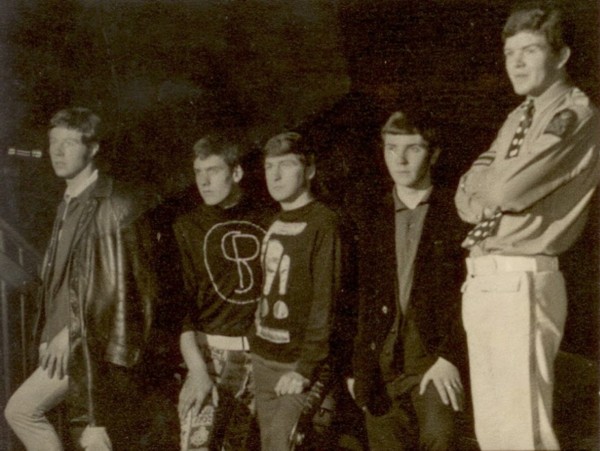 I left the the Soul Pakk and tried to form a professional band with vocalist Gordon Neville of the Spectre from Kilmarnock. We at first got in contact with Benny and Graham in London to see if they were interested. But they said they could not possibly  think about going out on the road as they each had a couple of kids and they had good jobs. They of course carried on writing and got a contract with Apple writing the B side to Mary Hopkin's "Those Were the Days" and the royalties allowed them to give up their jobs.  We tried out Eddie Johnson from the Hi Fi Combo on keyboards but Eddie had a family then and couldn't continue. We also auditioned  Andy Curry (the bandleader's son ) on guitar and Colin Jamieson on drums from the Corsairs but they came as a pair and we felt Andy was not up to scratch for what we wanted. We auditioned  numerous other guys from various Glasgow bands.  We settled on George Butler from the Anteeks on drums but just couldn't get a good guitarist in those days to complete the lineup so I went on to manage bands.  I heard that George Butler went to the States to play drums for the Everly Brothers. Gordon formed a heavy rock band band with Jim Condron of the Anteeeks and a brilliant young 16 year old guitarist.  Gordon later went to London and at first sang in a resident band in a ballroom. The rest of the singers he sang with at the ballroom went on to become the New Seekers. Gordon started writing commercials and sang with a well known London band the Alan Bown Set, has done backing vocals for Elton John. He also did lead vocals for Rick Wakeman's band.  Many years ago at Xmas after consuming a few I switched on the telly and there was Gordon with his own show with Katy Rabbit (Prince Andrew's ex) singing new versions of Xmas carols.
I also managed Haydie's Bobbin which featured Alan Hornall on bass ( Stuart's brother who later went on to tour and recorded with Gallagher & Lyle) and Jim Davidson on vocals. Also managed Jim's other band Phsycle with Tom someone on drums who is currently touring with Graham Lyle and Gordon Taylor on guitar.  Willie Cuthbertson at the Maryland Club always put bands to me who were looking for a manager. I also ran dances at Ardrossan Town Hall on a Wednesday night and booked most of the top Scottish bands as you could get the cheap mid week (Poets, Nazareth, Tear Gas, White Trash etc.)
I hadn't played for years until 2 years ago when  I was in Flanagans in Prestwick on a Wednesday night to watch the football and in walked Jim Davidson who I hadn't seen for years. He asked if I was there for the jam and I told him I hadn't played for years. I went through and got the bug again and now play there most Wednesdays.