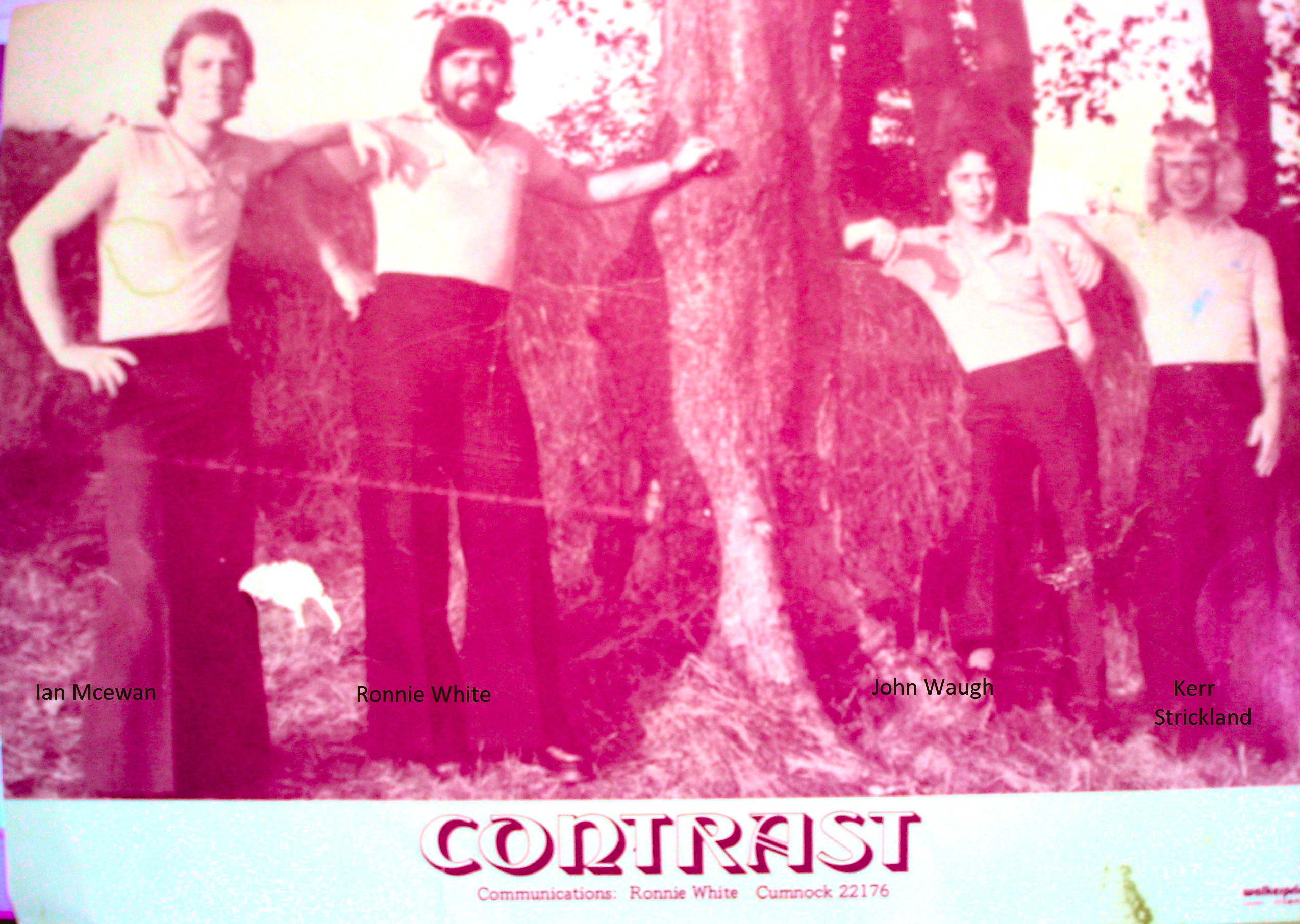 Ayrshire drummer Kerr Strickland played with several Ayrshire bands - see below - and tells us here about some of them.

Kerr:  I started off with a band called 'Eclipse' then 'Dale Reunion' with Bobby and John Waugh and the late John Penman.  We had a residency at the Doon Hotel in Patna.  I then played with '5 Wanted Men' before joining 'Contrast' - see pic above.
I recall buying a new Premier kit to play with them.

I stayed with Contrast for about 5 years 1974-1979 and we went through lots of members. We played the Ayrshire/Glasgow circuit doing clubs and functions most nights of the week and Ronnie with his many contacts even got us a gig aboard the Waverley steamer. I remember doing the Americal naval base at the Holy Loch quite regularly, an open air concert on Glasgow Green, the Rangers club, Campbelltown and Cairnryan
We did a lot of work down in Newcastle/Workington/Preston area using the agency Andy Park Promotions getting to play the clubs, nightclubs, Tiffany`s Ballroom etc. We even did some strip clubs down south .
In fact, anywhere the agents could get us gigs we did them.
Our highlight gig down south was as support band for the Tremeloes and what a great bunch of guys they were. The big yellow van we travelled around in had an amazingly loud alarm system in it which we used at night sometimes to give other motorists a fright by turning it on, opening the sliding side door and overtaking them. Had many happy memories with them. Ian was from Patna; Ronnie & Kerr from Auchinleck and John from Bellsbank.
Eventually, the long distance travelling got a bit much and I decided to make a move to do more local gigs. So, after Contrast, I played for 'Jody' a band that included the Crawford Brothers from Douglas. Then I was with 'Tibby and the Cats' from 1979-1984.  I got myself a new Ludwig kit  for that band. 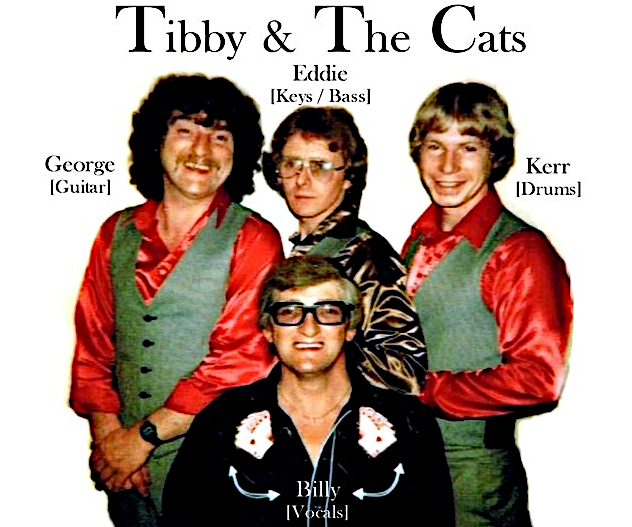 Pic via Kerr
George Hamilton; Eddy Johnson; Kerr Strickland;  Billy Hamilton.
Billy Williamson from Cumnock replaced Eddie in 1980.  Billy sadly passed away during his time with us and John Frew from Annbank took his place.
Like most gigs in those days you had to back the visiting cabaret artists which could be a pain at times as it usually cut into your half time break a fair bit.
However, apart from a few they were usually great performers and a pleasure to work with. 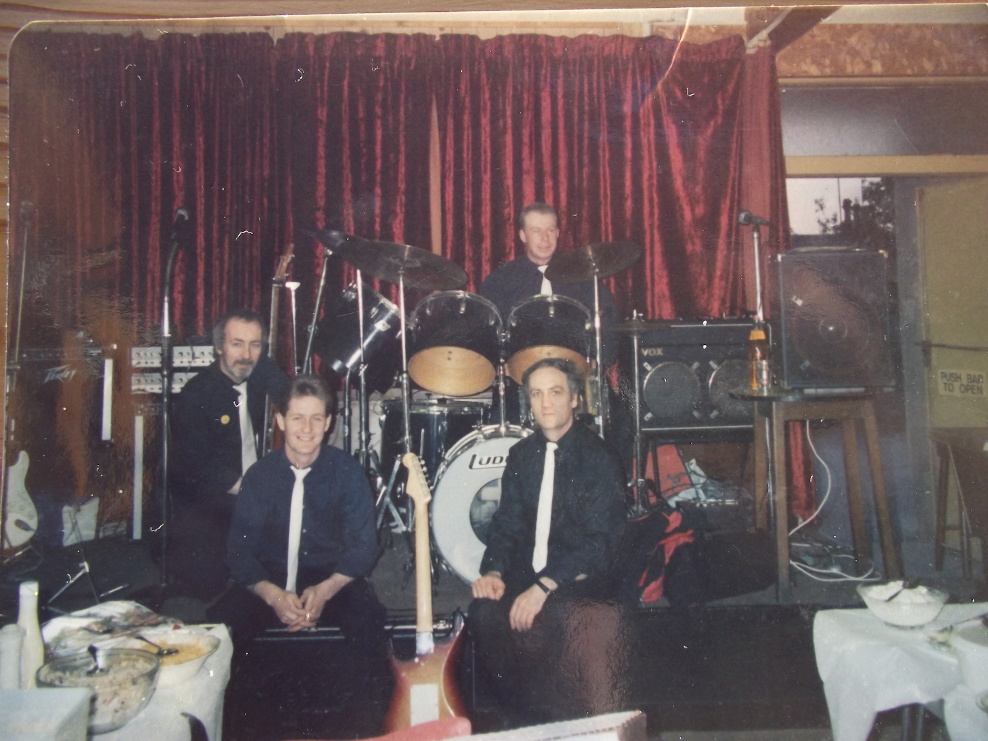 Kerr behind his kit with 'Second Time Around'.  Pic via Kerr.

My last six years of playing were with the late Pat Ferry in 'Second Time Around'. We played the club circuit again and were very popular for weddings and dinner dances. However, it does take its toll on you when you have a full time job as well so I gave semi-pro drumming a rest - so far anyway!
Thanks Kerr.