The following info was sent in to Rockingscots by Tommy Walker - former Tenor sax player with The Chekkers:

The band formed in about 1956 and played genuine rock and roll, covering the songs of Little Richard, Fats Domino, Jerry Lee Lewis, Gene Vincent etc.
It is possible that they were the first rock band from Ayrshire.  I joined them in 1958 on tenor sax.    They band had residences on Wednesday and Friday at the Grand Hall in Kilmarnock and then Duncan MacKinnon, a prominent Borders promoter in the '50s and '60s - took them on. 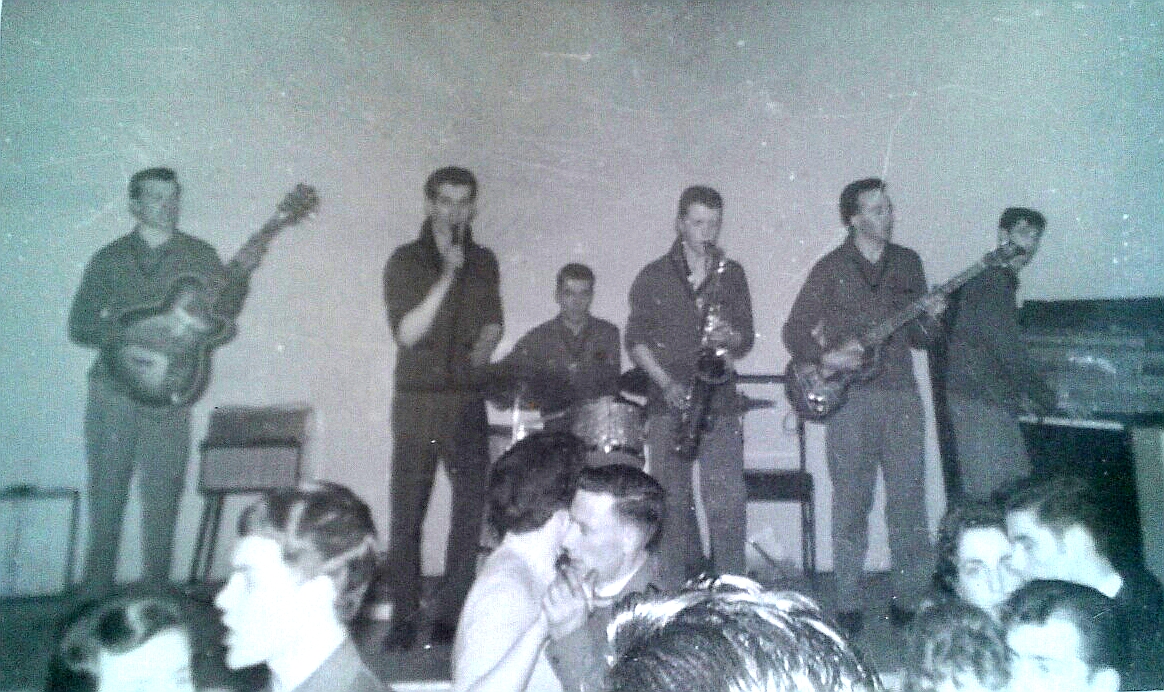 In May 1960 Duncan MacKinnon was co-promoting a short tour of Scotland by Johnny Gentle and his backing band the Silver Beetles - soon to change their name to 'The Beatles' and take the world by storm.  The tour was called 'The Beat Ballad Show'. The photo above of the Chekkers was taken at The Northern Meeting Ballroom, Church St, Inverness on Saturday 21 May 1960 - the second date of the tour.

The Chekkers became very busy in the early sixties. It got too much for Ronnie, Jim and John and they left - to be replaced by Bax McKellar, Roy Halliday and Duncan McKellar.  The band went from strength to strength. Playing support to or directly backing the big names of the time including Johnny Kidd, Joe Brown, Vince Eager and particularly Bert Weedon who would not come to Scotland unless he was guaranteed that we would back him.  We toured all over Scotland, northern England and even spent 6 months in Germany during 1963. The band eventually split up in 1964.

I went on to play with a couple of really good bands but nothing could match my time with the Chekkers. All good lads and great musicians. Tommy Walker.

Other excellent photos of the Chekkers can be seen at:  http://www.vintagehofner.co.uk/gallery/bass2/bas85.html
These seem to show that Tommy Walker also played double bass and/or guitar when it was required.